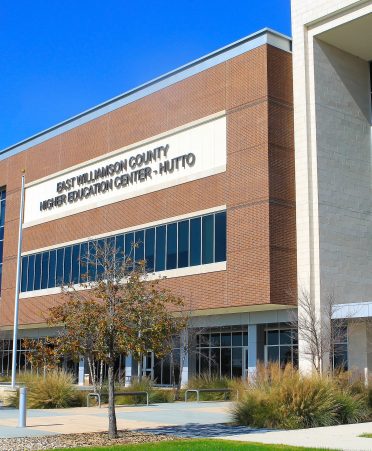 Celina Estrada-Thomas, superintendent of the Hutto Independent School District, gave the commencement address. She told graduates to celebrate their accomplishments and surround themselves with positive and encouraging people.

“The fact you are here tonight tells me you have grit,” she said.

Estrada-Thomas told graduates they will be called upon in their workplaces to find new solutions to old problems. And, she said graduates should learn from their mistakes and challenges.

The Provost’s Achievement Award was given to Dominick Gonzales Jr. of Hutto, who received an Associate of Applied Science degree in Culinary Arts.

“I am going to miss the camaraderie and the staff that have motivated me to keep going,” he said.

Gonzales is a line cook, butcher and baker at the Easy Tiger Bake Shop and Beer Garden in Austin.

Another graduate, Roman Sustaita of Granger, received an Associate of Applied Science degree in Welding Technology. He said he will miss the instructors.

He is working at AiRCO Mechanical in Round Rock, welding exhaust ducts and grease ducts.

“Growing up in an agricultural town, I did a ton of welding,” Sustaita said.

TSTC has more than 1,000 students graduating this summer across the state.