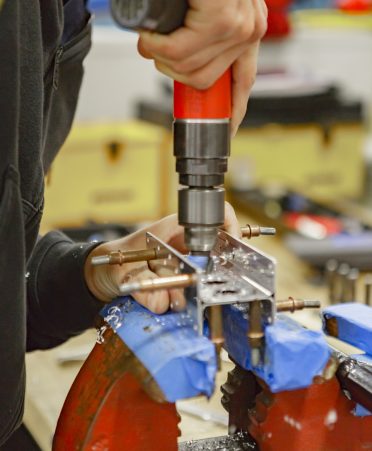 TSTC students look forward to getting careers off the ground

Students studying for a certificate in the program began their second semester in January and are ready to learn more about the inner workings of an aircraft.

“This semester, so far, has been really good for me,” said Jordan Grisham, of Tyler. “We have been learning a lot of different things, including basic electronics and wood/fabric finishes.”

Grisham was drawn to the program after friends told him it would be a good career choice.

“I also like the mechanical side of the job,” he said. “I have a lot of family members that are pilots, and I thought I would join the family trade. Planes have always been intriguing to me.”

Grisham said he was ready to get back in the hangar after the winter break.

“During the long break, I did not want to leave. I just wanted to stay with it,” he said. “I enjoy the hands-on approach offered in the program.”

Darwin Binek, who is originally from the Metroplex, said his time in the U.S. Marine Corps flying missions overseas led him to continuing in the field.

“The semester has been going really well,” he said. “This is an extension of what I did in the military for 18 years.”

Binek’s wife wanted to move back to Texas, and a family member recommended that he look at TSTC. He said TSTC offers one thing the military did not.

“I like going to school. It is a lot easier than getting shot at when I was deployed,” he said jokingly.

Binek appreciates being able to work in the hangar while also having to study online.

“Like in the military, I learn more by doing things with my hands,” he said. “It is easier for me to get a task done by doing it.”

Both Grisham and Binek know that TSTC is preparing them for a career. But they may go different routes after receiving their certificates.

“I am looking forward to getting a job working on planes,” Grisham said. “I think at the same time I will start learning how to fly.”

“I think I will try to get on with a defense contractor somewhere,” he said. 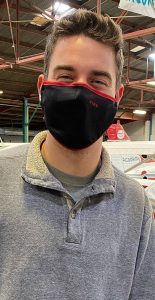