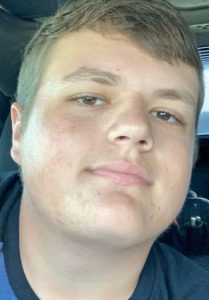 (MARSHALL, Texas) – Micah Johnson, of Carthage, looks forward not only to graduating this semester from Texas State Technical College, but also to starting work shortly thereafter as an instrumentation technician at Phillips 66’s Sweeny Refinery in Brazoria County.

“I’m excited for sure,” Johnson said. “It is something new. It is going to take me out of my comfort zone a little bit, but I am ready. I am due for something else, a different environment.”

Johnson is scheduled to graduate with an Associate of Applied Science degree in Automation and Controls Technology from TSTC’s Marshall campus. The program teaches students about calibration, computer instrumentation, engineering design, programmable logic controllers, robotics interfacing, and maintenance and troubleshooting.

“My instructors are really good at what they do,” Johnson said. “They are knowledgeable and have the answer to pretty much any questions you have.”

Douglas Clark, an instructor in TSTC’s Automation and Controls Technology program, said Johnson comes to class ready to learn and sometimes helps his classmates when they need guidance in understanding class material.

“When I first met Micah, I could tell right away that he was a kind, courteous, respectful young man and possessed a strong moral compass,” Clark said. “That came across in his demeanor.”

Johnson applied for a job at Phillips 66 last fall before noticing the company would be part of TSTC’s virtual industry job fair. He did a short informal interview with company human resources staff and a plant manager during the online event. He later received an email from the company indicating that they were interested in learning more about him.

Johnson went through a series of virtual and in-person interviews, along with a refinery tour late last fall, before being offered a job shortly after Christmas. He is scheduled to finish the hiring process in April and start work in May.

“I am sure they (Phillips 66) saw in him the same thing I saw when I first met him,” Clark said.

After graduating from Carthage High School, Johnson took general studies classes at a local college but was unsure of what he wanted to do. He also got a job as a helper at an automation and measurement company.

“He would run me through what they were looking at and show me the assignments they were working on at school,” Johnson said. “It was really interesting.”

Johnson’s cousin motivated him to enroll at TSTC. He even arranged for Clark to meet Johnson and give him a tour of the campus.