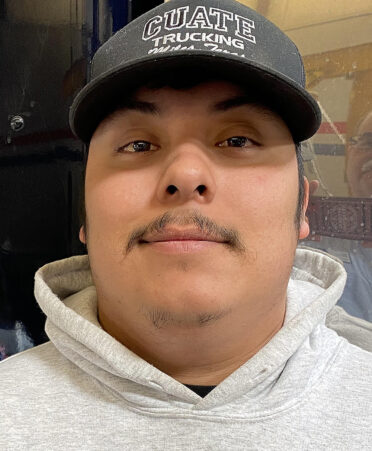 The two Diesel Equipment Technology students are scheduled to receive their certificates of completion in Heavy Truck Specialization on Thursday, April 28, when TSTC hosts a commencement ceremony for graduates of its four West Texas campuses at 6:30 p.m. at the Abilene Convention Center.

Llanas said completing the program led him to a career and learning more about himself.

“The one thing I have been able to learn more than anything is to have patience with my work,” he said. “I have also learned to be neat around the shop and in my toolbox.” 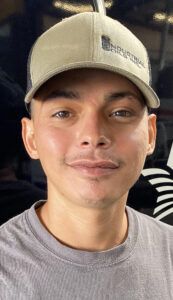 DeLeon said he was able to fill in gaps of the things he already knew from having grown up around diesel trucks.

“I was able to fill in a lot of the blanks that I did not know,” he said. “The instructors helped us to understand what we need to know to be successful.”

Llanas said he has a job lined up for after graduation, while DeLeon is weighing options among a few companies. They both credit their instructors and classmates for helping them achieve their goals.

“I have enjoyed every aspect of this program,” DeLeon said. “It has been fun to see some of these younger guys come in and work along with me. I am a little older than most of them, so it motivated me to be successful.”

Both students adapted to the online coursework that they were required to complete, but it was their time in the lab that was the highlight of their week.

“The instructors let us do our own thing on an engine but are always there for us when we need help,” DeLeon said. “They have so much experience in the field, and it is good to be able to learn from them.”

Llanas said the instructors have one goal for students.

“The instructors are going to take care of you because even if you do not ask for help, they are going to be by your side making sure you succeed,” he said. “That has made learning what we need to know even better.”

DeLeon said he was motivated to complete the program for his two children.

Llanas said when he starts his family in the future, he will have the same mentality.

“I want to be able to provide for my family, and by completing the program, I am off to a good start,” he said.

According to onetonline.org, jobs for bus and truck mechanics and diesel engine specialists are expected to increase 14% in Texas by 2028. Such technicians employed in Texas can earn an annual average salary of $47,850, the website stated.

Diesel Equipment Technology is offered at the Fort Bend County, Marshall, North Texas, Sweetwater and Waco campuses. It is part of TSTC’s Money-Back Guarantee program. If a participating graduate does not find a job in their field within six months of graduating, TSTC will refund their tuition in full.