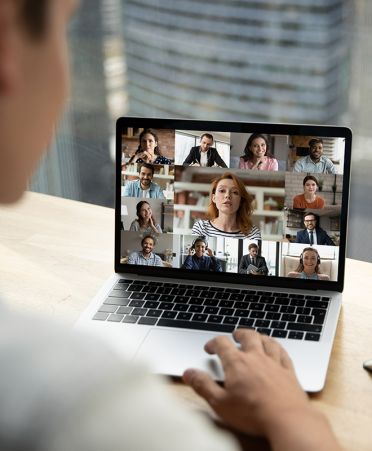 (WACO, Texas) – Jeremiah Stones was born in Houston and grew up in Waco. He graduated in 2017 from Texas State Technical College with an Associate of Applied Science degree in Computer Programming Technology.

Before graduation, Stones was hired at Citigroup in Irving as an intermediate-level Java programmer. He worked at the company for three years and was also a senior developer and principal software engineer there.

What inspired you to study Computer Programming Technology at TSTC?

I originally did three degrees in music. I studied to be a professional trombone player. I ended up starting a music program at a charter school in southeast Houston and worked there for three years. I decided I missed math and science, and, as a teacher, I had no time to do anything with them.

I decided I wanted to go into robotics engineering, but after speaking with my family and friends, I decided that computer programming was the best way to start toward that path since it is a major part of robotics and also a field on its own. It would allow me to make a great salary doing something fun while I continued to learn.

Once I started at TSTC, I simply fell in love with programming. I was so interested in learning more about programming that I decided to continue down this route, and so far it has worked out pretty well. I feel like I have a very exciting career ahead of me.

How did TSTC prepare you for going into the computer field?

The benefit of being at TSTC was that it was heavily focused on projects. I can honestly say I got more hands-on training than most four-year university students.

What motivates you to wake up each morning and go to work?

I love going to work because I know I’m going to get to solve puzzles and improve something. There’s always a new puzzle to solve, and finding the answer can be very fun. Usually it involves learning something new, which can often come in handy later.

I wake up for my first meeting, which starts at 7:30 a.m. The meeting is short and is called a stand-up, where developers and testers quickly say what they have been working on, what the status is on those tasks and what they will work on that day.

On some days, after our stand-up meeting, we will go into refinement meetings, where we go over upcoming tasks and projects, decide how long they will take and work out the exact requirement details. Once every two weeks, the refined tasks will get assigned to developers and testers. After any morning meetings, I generally have the bulk of the day remaining to code and work on my tasks.

How do you keep up to date on changes in the computer programming field?

I stay up to date by continually working on new certifications in the field. They require me to understand what tools are out there and when they are useful. In turn, I can go back to my job and make suggestions and try new things out to see if they benefit my company. Programming is a great place to be if you love to innovate.

Why is computer programming the best field for graduates to pursue?

According to the U.S. Department of Labor’s CareerOneStop website, software developers and software quality assurance analysts and testers in Texas make a yearly median salary of more than $108,000. Jobs are concentrated in the Austin, Dallas-Fort Worth, Houston and San Antonio areas.

The U.S. Bureau of Labor Statistics predicts that more than 1.7 million software developers and software quality assurance analysts and testers will be needed nationwide by 2029.

Registration for the fall semester continues, and scholarships are available. For more information, go to tstc.edu.