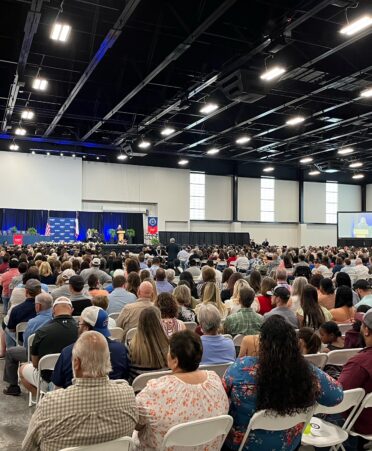 “These students have worked hard,” said Kevin Kluck, lead instructor in TSTC’s Diesel Equipment Technology program. “This day is to honor them.”

Kayla Schescke, of Belton, received an Associate of Applied Science degree in Robotics Technology. She will begin work in mid-May as an automation technician at Samsung Austin Semiconductor. She was a member of the Phi Theta Kappa honor society.

“It doesn’t feel real,” Schescke said about graduating. “It feels like I will go to class on Monday. But, it (graduating) is the greatest feeling in the world.”

Schescke said she enjoyed the hands-on labs she did in her program. She was among seven students from the Waco campus graduating this semester in the Robotics Technology program.

Some TSTC graduates are in the process of landing jobs.

Mitchell left her career as a certified nursing assistant to pursue her degrees at TSTC. She said she is still looking for the right job for her in her new career field.

“That was pretty much my plan,” von Seltmann said about earning three associate degrees.

He said he is glad that he attended TSTC and will miss the tightknit community. He hopes to get a job at L3Harris Technologies in Waco.

Registration for the summer and fall semesters is underway. For more information, go to tstc.edu.