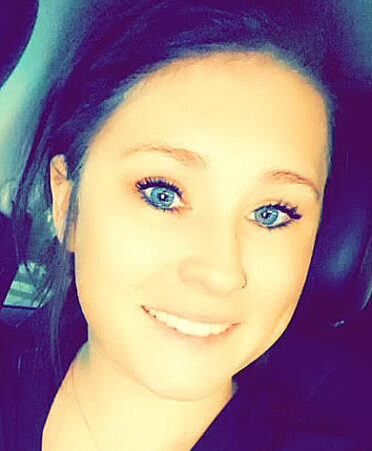 (BRECKENRIDGE, Texas) – Abbey Demere was not discouraged when her first attempt to study nursing did not go as expected.

Demere enrolled in a registered nursing program but quickly realized that she was not ready for the rigorous schedule. After taking some time to think about her options, she learned about the Texas State Technical College Vocational Nursing program in Breckenridge.

She is now a few weeks away from earning her Vocational Nursing certificate of completion and has not regretted her decision to give nursing a second chance.

“I decided early on that I wanted to work in the health care industry. I thought it would be cool to learn more about the nursing industry,” Demere said.

Working as a phlebotomist in Cisco was her first venture into health care. While employed at the Cisco hospital and living in Goldthwaite, Demere has been making the long drive to Breckenridge to attend school.

“It has been a lot of miles, both physically and emotionally, for me,” she said. “I told myself to remain dedicated and I would finish. I am getting closer to that goal.”

Demere said instructor Jenny Wingate had approached her about the program since they both live in the same area.

“She told me all about the program and that I should look into it more,” she said. “I learned a lot about TSTC online and only heard great things from people I talked to. I knew if I wanted a second chance in the medical field, TSTC would be the place to start.”

Instructor Marchelle Taylor has seen Demere grow since her time in the program.

“Abbey is a hard worker and has been one of those students whose growth we can see,” she said. “Driving to school like she does is a motivation to work hard and succeed. She will be a good nurse in the industry because she has that type of dedication.”

Demere has especially liked the clinical sessions in hospitals.

“I have enjoyed my experience, especially at Hendrick (Medical Center). I was able to do a lot,” she said. “I was able to see my first birth, and other things happened that I never expected to see. I know I picked the right career.”

Having completed hands-on lab sessions prepared Demere for what she saw in the hospital.

“It helps you feel more comfortable in the hospital when we work in the lab,” she said. “It gives you more confidence when you actually do have to perform.”

TSTC’s Vocational Nursing certificate program is available at the Breckenridge, Harlingen and Sweetwater campuses. Upon completion of the program and passing the National Council Licensure Examination, graduates are classified as licensed vocational nurses (LVNs).

According to onetonline.org, LVN jobs are forecast to increase 11% in Texas by 2028, with more than 82,000 nurses in the workforce. The median salary for LVNs in Texas is $47,760, the website showed.