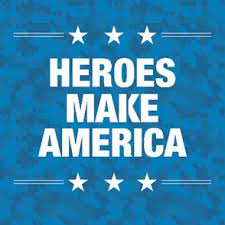 The 12-week program enabled soldiers to travel to Waco four days a week to take classes in mechatronics, with a focus on electrical systems, electrical motor control systems, industrial electricity and other topics. The soldiers also had the opportunity to earn up to seven certifications from the Smart Automation Certification Alliance.

The classes were taught by Larry Griffin, a TSTC workforce trainer.

Adam Barber, TSTC’s executive director of Workforce Training for the East Williamson County, North Texas and Waco campuses, said the cohort was the best that has gone through the program.

Jordan Shrum was recently stationed at Fort Hood, Texas, before receiving a medical discharge after four years of service. He was a petroleum specialist and said the electrical work he knew from what his father taught him and what he had learned in the military helped in some of his classes.

“I enjoyed everything I learned and absorbed a lot of the material I did not know,” he said.

Shrum will begin work in late November at Patterson Dental Co. in Charlotte, North Carolina, where he will work as a technician installing and troubleshooting equipment.

“It’s great because I am moving back home,” said Shrum, who is from Lancaster, South Carolina, which is about 40 miles south of Charlotte.

“At first it was daunting, but the way Larry teaches is (that) he breaks the material down to our level,” Woods said. “I came to school every day smiling because the military is paying me to come to school. I enjoy learning something new.”

Woods is applying for the Tesla START Manufacturing program, which he credits Heroes MAKE America for giving him confidence to do.

Marvin Branch, a manager at the Heroes MAKE America program, said he plans to reach out to the soldiers to speak to future cohorts about the work they are doing in the manufacturing industry.

Branch said plans are to have program cohorts start each January, May and August at TSTC. The next cohort starts on Jan. 10, 2022, at TSTC. 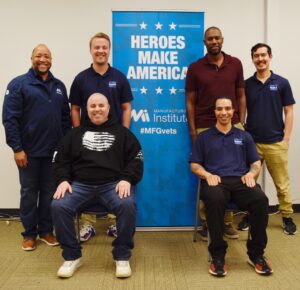