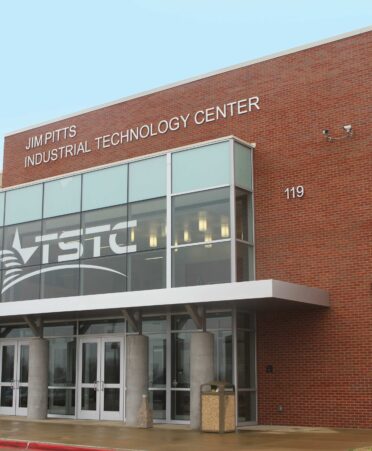 “I feel like a student that will do well will be curious in nature and want to learn,” said John Walker, an instructor in Texas State Technical College in North Texas’ Industrial Maintenance program.

Walker said the program’s students make up three groups: traditional ones just out of high school, those studying to get promotions, and workers already in the field wanting to improve their skills.

“For us in this area, a lot of the companies have gone from wanting mechanical to electrical to wanting people who are multicraft or considered technicians,” Walker said. “With those job changes, they are looking for one person that can fit two roles and reduce some of their labor costs. The market for the electrical specialization is ridiculously good right now.”

Joe Razza, a regional recruiter for Crown Lift Trucks in Arlington, said many of the learned industrial maintenance skills can be used in manufacturing forklifts. Employees undergo company training once hired.

“We have to look for the best candidates possible,” Razza said. “There is no forklift school.”

“Our ideal candidate would be somebody with a journeyman certification through an apprenticeship program or a two-year degree and ideally five years of experience on the job,” he said. “That is really hard to get. If we could snap our fingers and find candidates like that, we would be tickled pink.”

Williamson said employees starting out in electrical and mechanical tasks at the company working a 40-hour week could have a base pay in the $60,000 range with overtime opportunities.

“You just have so much earning potential than a lot of other careers,” Williamson said. “We have mechanics and electricians making six figures each year because they work the extra hours.”

A lot of the jobs graduates can pursue in the field only require an associate degree.

Electrical and electronics engineering technicians had an annual mean wage of more than $67,000 in Texas in May 2018, according to the U.S. Bureau of Labor Statistics. Technicians are needed in computer design, natural gas distribution, petroleum manufacturing and other industries.

Students have opportunities to get apprenticeships as early as their second semester, Walker said.

“The student now has income coming in, and it’s generally in the field they are going into,” he said. “The company wins because …  they have somebody to bring up and grow in-house.”