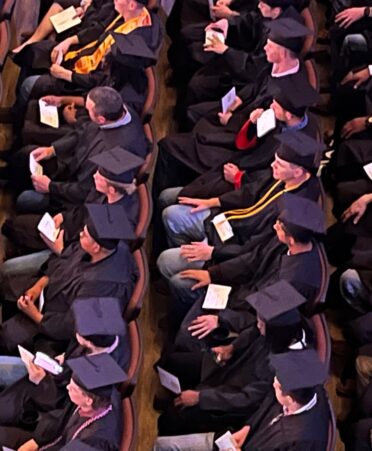 “I will miss the college experience meeting new people,” he said.

Vega has been working for six months as a telematics installer at EquipmentShare in Gladewater. Watching him walk across the stage were his mother, father, and three sisters.

Some graduates are continuing to pursue jobs.

Leon Ramirez, of Marshall, received a certificate of completion in Electrical Lineworker and Management Technology.  He said his 3-year-old daughter was his motivation to pursue a technical education.

“I will miss the brotherhood,” Ramirez said. “At first we were strangers but we grew that bond together.”

“I had a wonderful time,” he said. “I learned from the instructors who worked in the field. I will miss having classes with the guys and the instructors and making magic happen.”

Carmona wants to work in the Houston area.