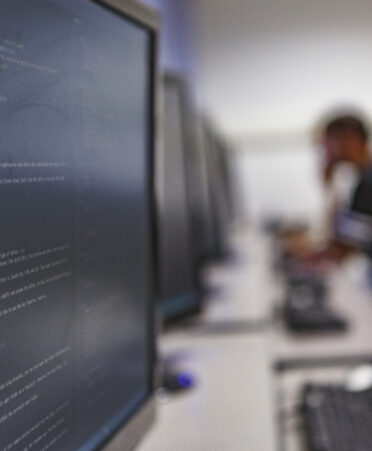 (WACO, Texas) – Protecting data today is not just a concern for large companies.

“The hackers are now starting to go after more of the mom-and-pop places because ransomware is used, and they make them pay money to get their network back,” said Daniel Follis, a Cybersecurity program instructor at Texas State Technical College.

The week of Jan. 24 is Data Privacy Week worldwide. It is a time dedicated to educating consumers about the pitfalls of losing access to data and how to better protect themselves.

Ransomware is a form of malicious software, which is becoming more sophisticated in the damage it can cause.

“Even if we recover the files, they are still encrypted,” Follis said.

According to the Internet Crime Report 2020 from the Federal Bureau of Investigation’s Internet Crime Complaint Center, more than 2,400 ransomware complaints were received in 2020, generating a loss of more than $29.1 million. Ransomware can be hidden in email phishing campaigns, remote desktop protocol vulnerabilities and software weaknesses, according to the center’s report.

Letting others know about too much information can be a bad thing.

“People need to stop putting personal information out there,” Follis said. “It is no longer protected if you just give it away.”

Some of the examples that Follis gave are people posting photos of vacations while they are out of town and including their contact information and birthdays on social media profiles.

According to the Internet Crime Complaint Center’s report, there were more than 35,000 complaints tied to social media with an estimated loss of more than $155 million in 2020.

Follis said a lot of people do not change passwords or use the same one for multiple websites. Sometimes passwords can consist of easy number combinations or names of pets.

“This is how hackers can really get you,” he said.

Follis said people need to make sure their antivirus software is current. A firewall, such as Microsoft Defender, helps, along with using a virtual private network. Performing computer updates is critical to maintaining protection. He recommends that consumers move important information to a cloud-based system, which provides security and access.

People should consider switching browsers for the sake of better privacy, said Joshua Schier, an instructor in TSTC’s Cybersecurity program. He suggested Mozilla Firefox as a good alternative. He also said people should use privacy-oriented search engines, such as DuckDuckGo.

For more information on TSTC’s Cybersecurity program, go to tstc.edu.